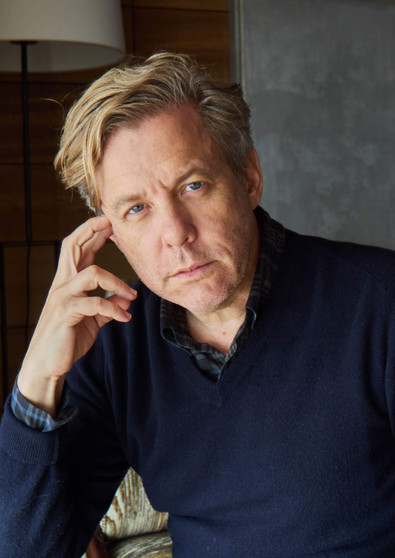 Michael S. Smith is considered one of the most original and respected talents in the design industry today.  With an international profile of residential, hospitality and commercial clients, Smith’s style is a seamless blend of European classicism and American modernism—always fresh, always evolving, always underscored by the belief that everyone should live with things they love.

He possesses a curator’s knowledge of and appreciation for the past, nurtured by studies at the Victoria and Albert Museum and extensive work in the antiques business.  Whether in designing his own collection or in the interiors he creates for his clients, a deep respect for tradition—viewed through a modern eye—is ever-present.

A native of California, Michael studied interior design at Otis College of Art and Design in Los Angeles.  In 1984, he continued his studies at The Victoria and Albert Museum in London, then returned to the U.S. to work under the tutelage of legendary antiques dealer Gep Durenberger.  Next, he moved to New York in an association with noted designer John Saladino.  After three years, he was back in California to open a home furnishings store. His design firm, Michael S Smith Inc, was launched in 1990, expanding from projects solely for private clients to his Jasper line of fine furniture and fabrics sold exclusively in multi-line showrooms around the world.

Through the years, Michael has received many prestigious awards. He has been named seven times to Architectural Digest’s “The AD 100” and is the recipient of the Pacific Design Center's West Week “Stars of Design.” He has been named Designer of the Year by Elle Décor as well as being named repeatedly to that publication’s A-List.  Michael serves on the Board of Trustees of Otis College of Art and Design and has co-chaired the American Friends of the Olympia International Fine Art and Antique Fair.  He is a member of ASID, the American Society of Interior Designers. In 2010, Michael was appointed by President Obama to the Committee for the Preservation of the White House.

Michael’s designs continue to be featured in major publications including Architectural Digest, Elle Décor, House Beautiful, Town and Country, Galerie, Domino, Metropolitan Home, Interior Design, Tatler, W, and the Wall St. Journal.  His work has been celebrated in four beautiful volumes from Rizzoli Publishing: Elements of Style (2007), Houses (2008) and Kitchens and Baths (2011), Building Beauty (2013), and his fifth book, The Curated House: Creating Style, Beauty, and Balance was released in Fall of 2015.

A cozy combination of colors and patterns in a @heidicaillierdesign project. Love @jasperfurniturefabrics sunny Dutch Stripe on the chairs, Lisa Fine’s Calico Floral Stripe for the pillows along with our Devonshire Brown wallpaper as a backdrop 💛#jaspershowroom #interiordesign

Giving us the blues in all the best ways! This master sitting room for a @markdsikes_interiors client is covered in Jasper’s Lacquer Stripe fabric, color Bluebell 💙 #jaspershowroom #jasperfabrics #designingwithjasper

We are excited to welcome the SF Interior Design community to our Pop-Up on Sacramento Street tomorrow, June 7th. The all day event is hosted in partnership with @anyonatelier and @wellstextiles #jaspershowroom #jamb #collierwebb #namaysamay #paolomoschinocollection #robertki...

At the heart of our French-inspired Corsica pattern is a marriage between 19th-century antiques and 20th-century design… swipe to see a few different color ways. . #jaspershowroom #designingwithjasper #corsica #wallpaper #stripedwallpaper #frenchinspiredprints #wallpaperdecor...